Discover the best deals on houses & apartments for sale in Crete. 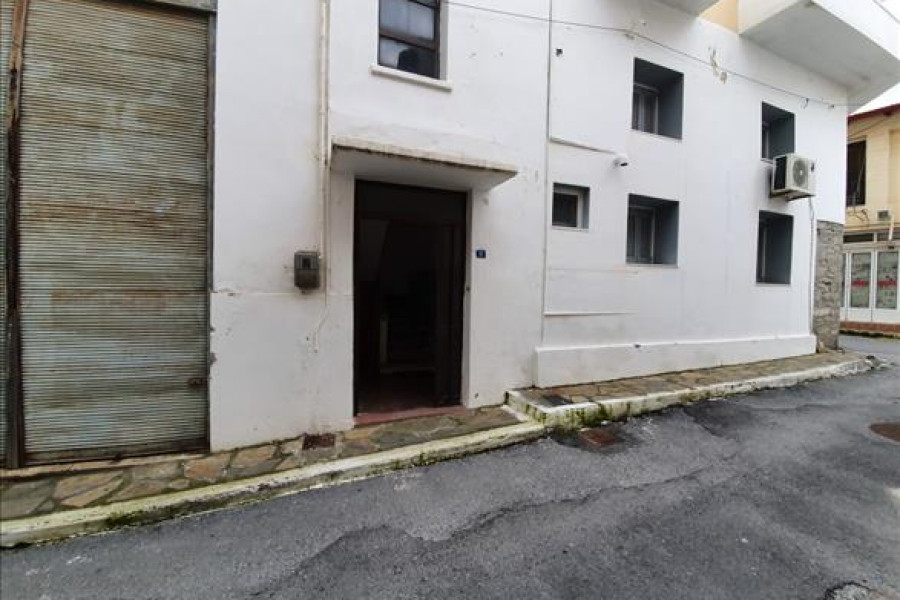 For sale old construction apartment of 160 sq.meters in Crete. The apartment is situated on the 3rd...

For sale apartment of 140 sq.meters in Crete. The apartment is situated on the 1st floor. It consis...

For sale apartment of 47 sq.meters in Crete. The apartment is situated on the ground floor. It cons...

For sale apartment of 126 sq.meters in Crete. The apartment is situated on the 4th floor. It consis...

For sale apartment of 80 sq.meters in Crete. The apartment is situated on the ground floor. It cons...

Crete is the largest Greek island and is often referred to as Little Greece in the Aegean Sea. In Crete, the Libyan Sea touches the Aegean Sea. The inhabitants of Crete are known for their hospitality, for their good Mediterranean cuisine and their Mantinades (15-syllable Iambic rhymes, which are always formed strictly according to rules). An almost magical place lures visitors with some of the most beautiful beaches in Greece, and mountainous landscapes that take your breath away.

In Crete, there are exotic-looking beaches, organized and developed for tourism. Elafonisi is considered a natural wonder: white-golden sands, clear turquoise to green waters, ideal for swimming and relaxing (among the 10 best and most beautiful beaches of the Mediterranean). Here, you’ll also find Matala, with the caves that fascinated the hippies in the 1970s, Malia, where the party never ends and Vai, located on a palm beach.

Crete is just as close to other Greek regions as it is to castles (Kazarma, Forteza, Koules), fortresses, museums, churches, monasteries and archaeological sites that testify to its rich past. The small, deserted island of Spinalonga, also known as the "Island of the Lepers", is a popular destination in Crete. You can quickly take a boat from the port of Agios Nikolaos to the island, where you can visit the partially collapsed buildings as well as the hospital for leprosy patients, that operated until 1957. Looking for traces of the first European high culture? Then Crete is just the right place: Knossos, Zakro, Malia and Phaistos testify to the heyday of the Minoan civilization, with a variety of archaeological findings. But the history of Crete does not end 2,000 years ago; it continues and can be seen in contemporary art museums, museums of natural history, the Museum of El Greco and Nikos Kazantzakis.

The Minoan culture started developing in 2.500 BC. Crete’s inhabitants were seafarers who not only traded but were also interested in fine arts, sciences and religious ceremonies. The center of the empire was the palace of Knossos, under the ruling of king Minoas, who provided his name to the first European civilization. Knossos, along with the smaller palaces in Phaistos, Zakros and Malia, bear witness to the Minoan architecture. One common feature is the impressive murals depicting situations from the everyday life of inhabitants. Knossos is also the homeplace for the Minotaur myth.

The main attractions in Crete include:

Heraklion: The Aquarium Aquaworld is home to hundreds of marine and reptile species. The archaeological museum exhibits works of Minoan art. The Venetian castle Koules is located at the entrance to the port and the archaeological sites of Knossos and Phaistos are close to Heraklion.

Chania: In Chania you can admire the beautiful old town and the promenade of Koum Kapi, the famous gorge of Samaria, the medieval castle Frangokastello and the exotic Elafonisi.

Rethymnon: In and around Rethymnon are the old town of Rethymnon with its picturesque streets, the monasteries of Arkadi and Preveli, the Venetian castle Fortezza and the impressive cave in Zoniana Sfentoni.

Agios Nikolaos: In Agios Nikolaos and the nearby area you can visit lake Voulismeni, the palace of the old Zakros, the golden island south of Ierapetra, the cosmopolitan Elounda and the cave Dikteon Andron.