"The property consists of a neoclassical stone building founded in 1896. Τhe ground floor covers an... 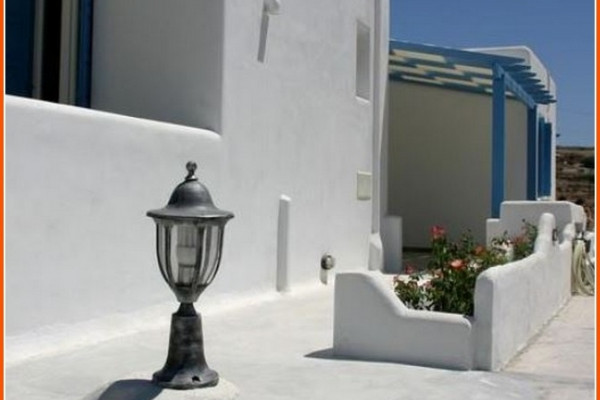 At the Cyclades you can realize the dream of a perfect holiday, and enjoy a longer stay. The wonderful and world famous sunset in Oia (Santorini), the exotic beaches of Milos, a walk through the markets and alleys of Andros, a pilgrimage to the church of Mother Maria in Tinos, endless partying in Mykonos. The Cyclades welcome all visitors with their endless white color and their sea breeze.

Enchanting landscapes have not lost their magic through time; some of them untouched. Castles, caves, ruins of old cities, ancient temples, white chapels, statues, theaters, forests, picturesque villages - this is where the Cycladic culture and diversity come together. Each island has its own story to tell: The Temple of Apollo and the Kouroi on Naxos, the volcano of Santorini, the theater of Syros, the miniature edition of the La Scala, the Pythara waterfalls in Andros, the archaeological site of Delos, Little Venice in Mykonos and the imposing castle fortress on Serifos. With so many options, it’s hard to make a choice! At what point in time would you like to go back to and from which Cycladic island would you begin your journey?

White golden beaches, white pebbles, beautiful natural landscapes and clear blue waters are characteristic features of the Cyclades. Beautiful, popular and lesser-known beaches include Sarakiniko in Milos with white rocks, Plaka in Naxos with its seemingly never-ending sandy beach, Achla in Andros with its emerald waters, Galissas in Syros, Elia in Mykonos, Vlychada in Santorini with its black Pebbles, Kolona in Kythnos.

What to discover at the Cyclades:

Santorini: In Santorini, visit the villages in Kaldera with their distinctive architecture, the famous volcano, watch the sunset of Oia and discover the city of ancient Thira.

Paros: Paros is famous for the Monastery of Panagia, the Valley of the Butterflies and the fortress Frangokastello.

Mykonos: Little Venice impresses with its never-ending party mood, but don’t miss out on the lighthouse Armenistis and the city of Mykonos itself.

Naxos: In Paros there is a castle, the Temple of Apollo with the wonderful view.

Syros: The medieval part of the city of Syros, the church of Agios Nikolaos, the town hall on Miaouli Square, the Apollo Theater.

Milos: Sarakiniko beach with its white cliffs, catacombs and the Archaeological Museum, which houses an image of the statue of Aphrodite of Milos, are some of Milos' landmarks.

Tinos: The church of Panagia and the traditional village of Volax with its huge spherical rocks are just some of the attractions of Tinos.

Andros: The cave of Aladinos, the waterfalls of Pythara and the castle of Chora can be explored in Andros.